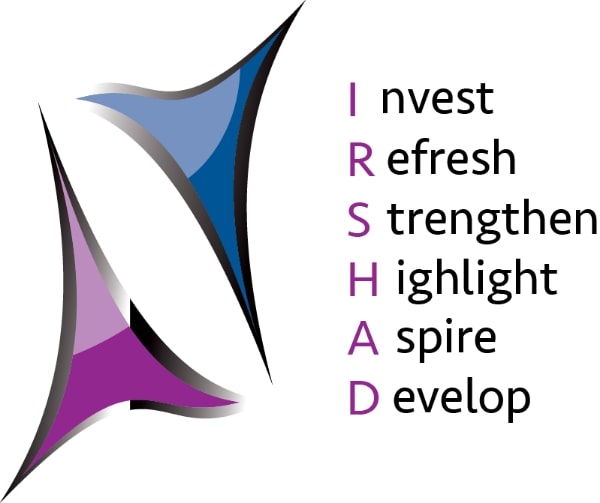 Your awareness, Knowledge and Skills

Irshad Center has a multidisciplinary team of professionals who provide services in the fields that they are specialized in. The team is comprised of Educators, Psychologists, Educational Specialists, Counselors, Educational Consultants, Social workers and Behavioral Specialists. The Department of Training and Organizational Effectiveness is also comprised of a team of trainers that are specialized in various areas of professional development and organizational advancement. Irshad’s team members are experienced in providing the skills and the knowledge that are necessary for success.

Our Mission Expanded:
Our mission is to inspire, improve, and empower our client’s personal lives by helping them discover the uniqueness of their personalities and discover new ways to develop their potential to the fullest. Through the professional services that we offer, our clients will work towards a more satisfying and meaningful life that will reflect on their relationships, self-image and self-confidence. Once their full potential has been realized, our team of consultants and expert trainers will provide them with special training courses, catered to their needs, that will help their personal success transform into a successful career.

Here, you’ll find the story of a mother with a vision, Irshad’s founder herself, Nisreen Al Otaibi. Irshad’s story starts in 1998, when Nisreen, then a young mother of three, found herself in a challenging situation; trying to raise her children in a country who’s culture was being modernized by the day, but trying to keep her own traditions intact. After completing her bachelor’s degree at the University of Jordan, and in her various attempts at trying to understand her children, Nisreen pursued the Montessori diploma, which held the principles that education should help the individual from birth and protect his environment.

In 2005, once Nisreen started to believe in the importance of a mother’s knowledge, she pursued a Masters degree in Educational Psychology, followed by a PhD in Counseling psychology. After earning both degrees, Nisreen realized that there was a gap in our society, and a problem that needed to be addressed; people were unaware of how important nurture is in the shaping of one’s identity. Nisreen found it very useful to share her acquired knowledge, and decided to start Irshad Center.

To try to fill in that gap, Nisreen found a comprehensive team of professionals that were keen on fixing the obstacles that families across the country have been facing. Irshad’s uniqueness lies in the fact that it is not just an ordinary clinic, it is a community of individuals, families, and goal setters, with a founding mother who shares the same experiences as every other mother trying to raise her children in an ever-changing environment.

Determined to turn her vision of a new generation that has a unique identity and a balance between tradition and advancement, into a reality, Nisreen thought it best to expand her dream from focusing on the individual, to focusing on the community as a whole. Branching out from simple counseling services, Nisreen aimed at training the individual to becoming the best version of himself, and setting him out into society as an improved human being that has the qualities it takes to inflict change into his community.

Ph.D.CounselingPsychology
Dr. Nisreen Al Otaibi founded Irshad Center in 2005 in an attempt to better understand her society and help all members of her community to reach their utmost potentials. After earning her PhD in Counseling Psychology, Dr. Nisreen founded Irshad Center who’s main vision is to become a recognized institution in the MENA region that enhances personal growth and development.